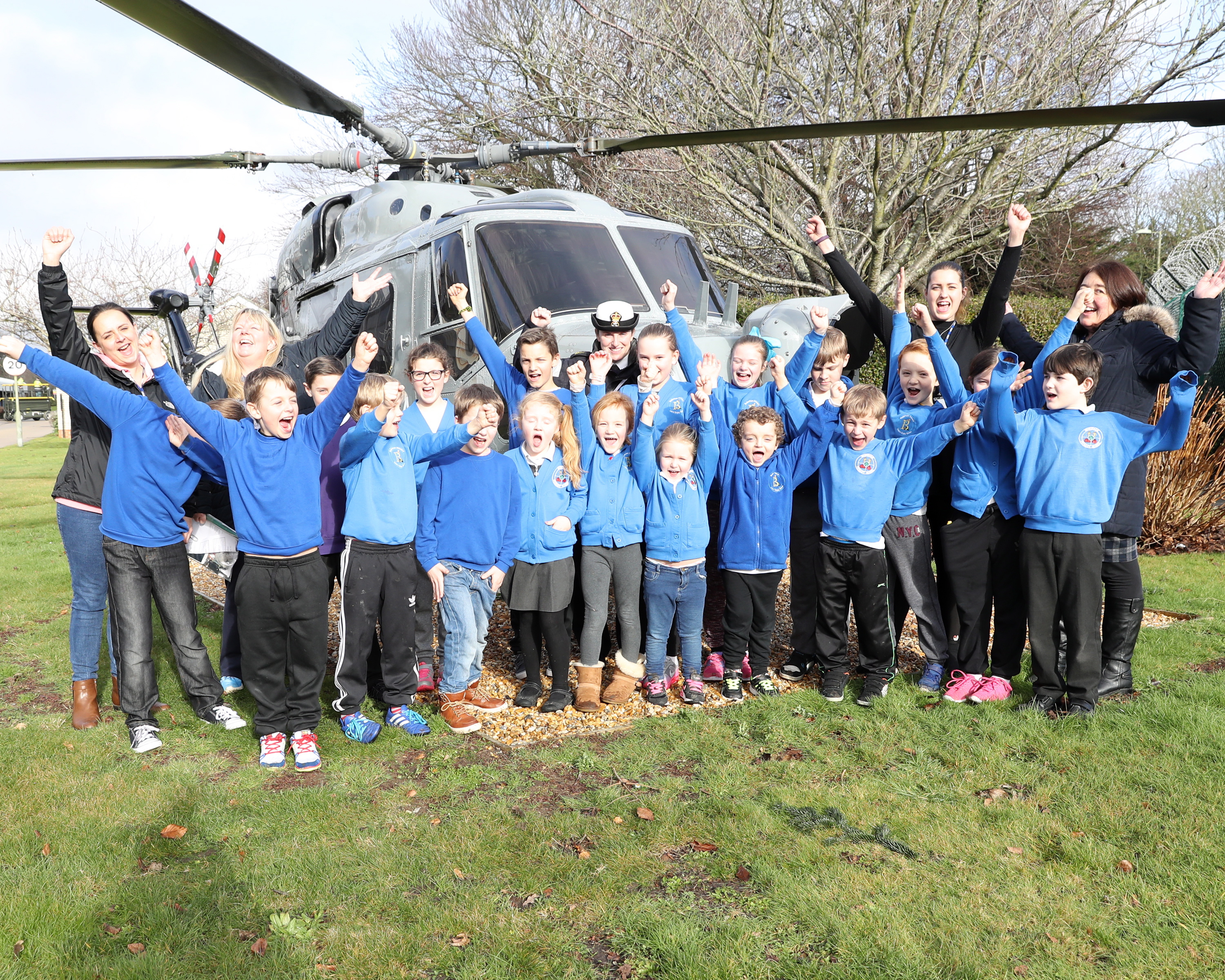 At Bedenham, we have a small proportion of children from service families. Although the number of services children is relatively small, this can still have a large impact within school.

When a parent is about to deploy we often notice a change in behaviour of the child concerned. At times challenging behaviour is displayed. Often a child becomes withdrawn, more emotional and finds it difficult to focus on tasks, therefore inhibiting progress. Time is needed to talk about feelings, prepare them for the deployment and give them opportunity to work through emotions as well as provide opportunity for follow up during a deployment.

We know from experience that children who receive ELSA support greatly benefit. ELSA support has helped to increase confidence and self-esteem, give children a greater ability to cope with emotions and problems which then leads to academic improvements. Children are better able to concentrate and enjoy school. Having discussed with parents, children and teachers, the types of support that have the greatest impact are social stories, having someone to talk to who is objective and the security of somewhere and someone to go to when things are difficult. Parents have also welcomed the idea of their child being given special time in school for creating artwork and keeping in touch with family members.

So far this academic year our Club Force :

Mr Davies (a parent of one of our children) volunteered to come into school and taught our Club Force members how to March just like a real sailor!, they then played games and learnt how to spell their own names in Morse code!

Mr Davies then visited us again a couple of weeks later and taught us all about World War 1 and why poppies are the chosen flower to help us remember past conflicts.

On 19th December Club Force had a morning out of school to go and see a Cinderella pantomine at the Groundlings Theatre, in Portsmouth. The children and staff had a fantastic time, lots of laughter and and joining in the fun, we even had ice cream! 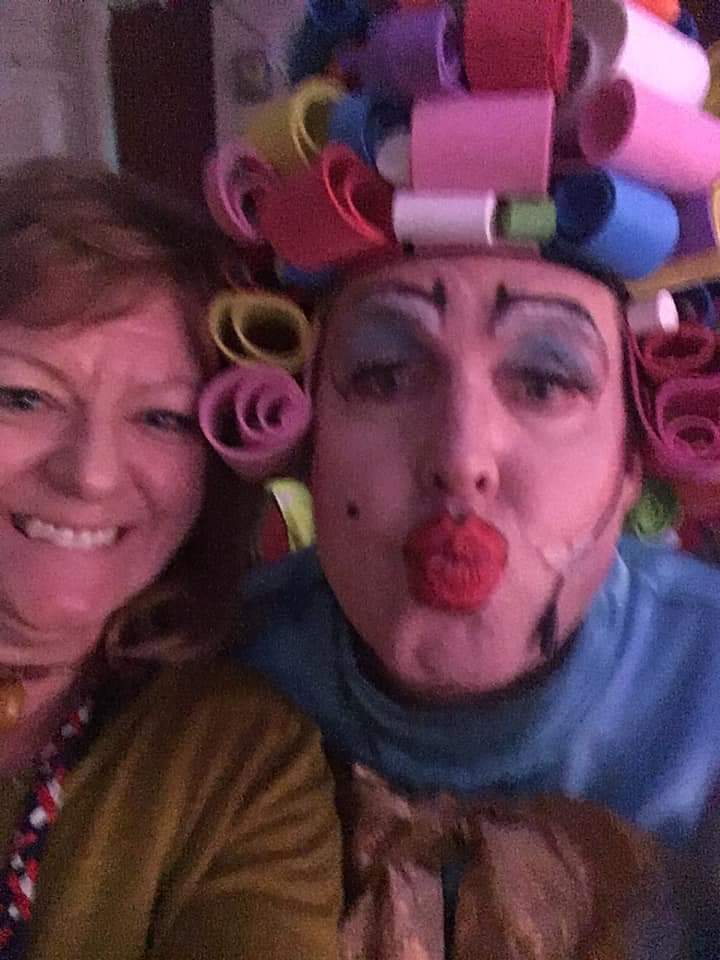 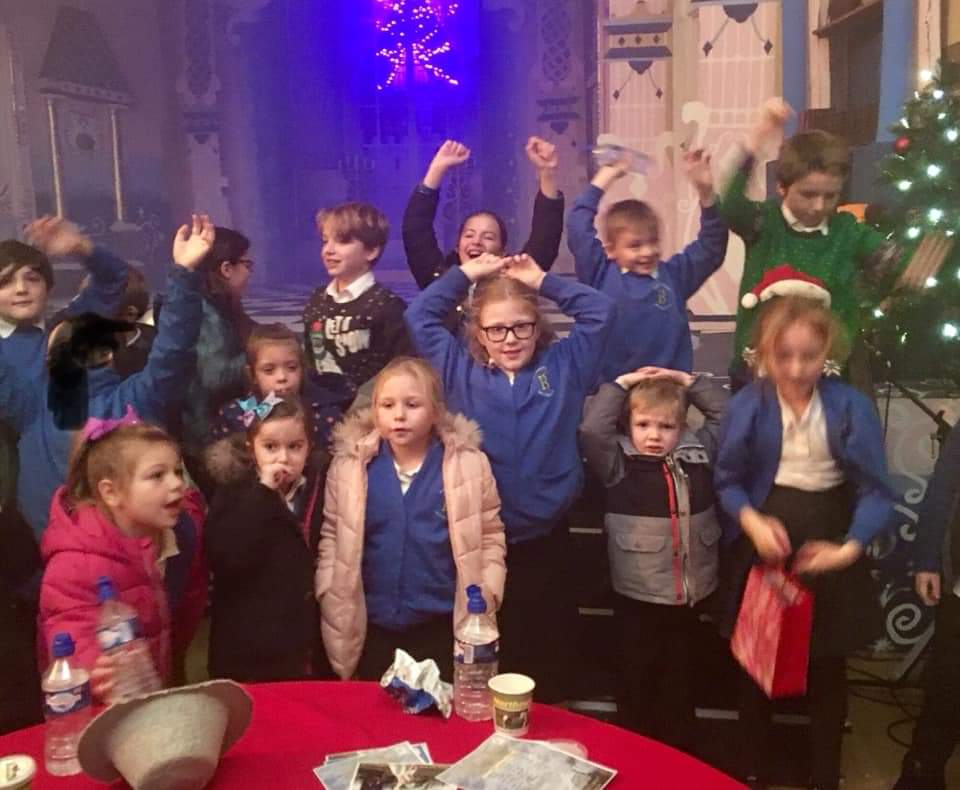 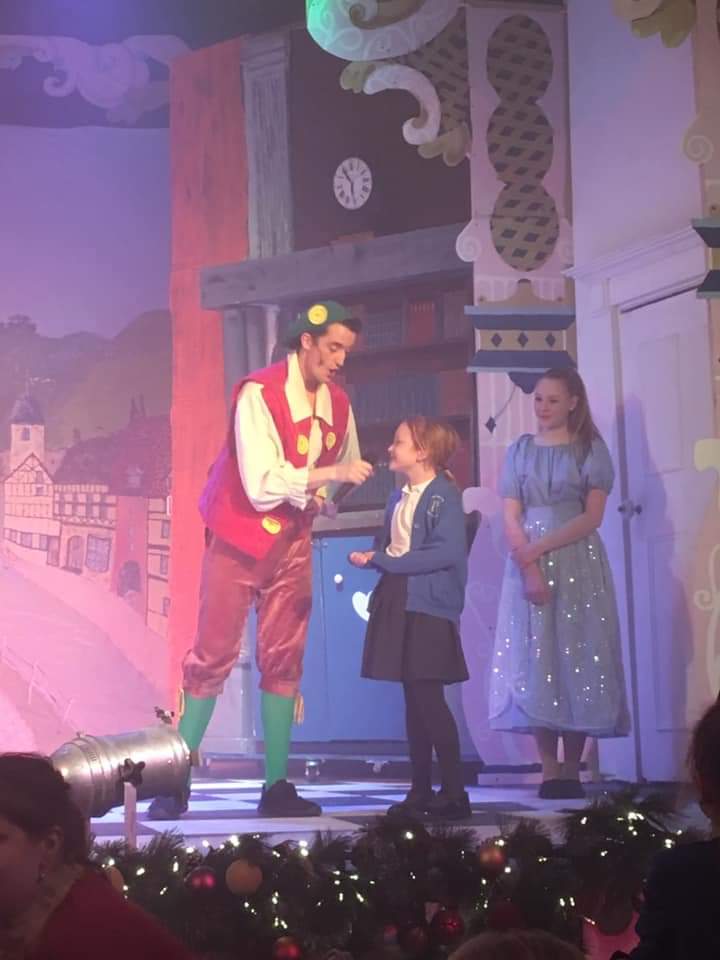 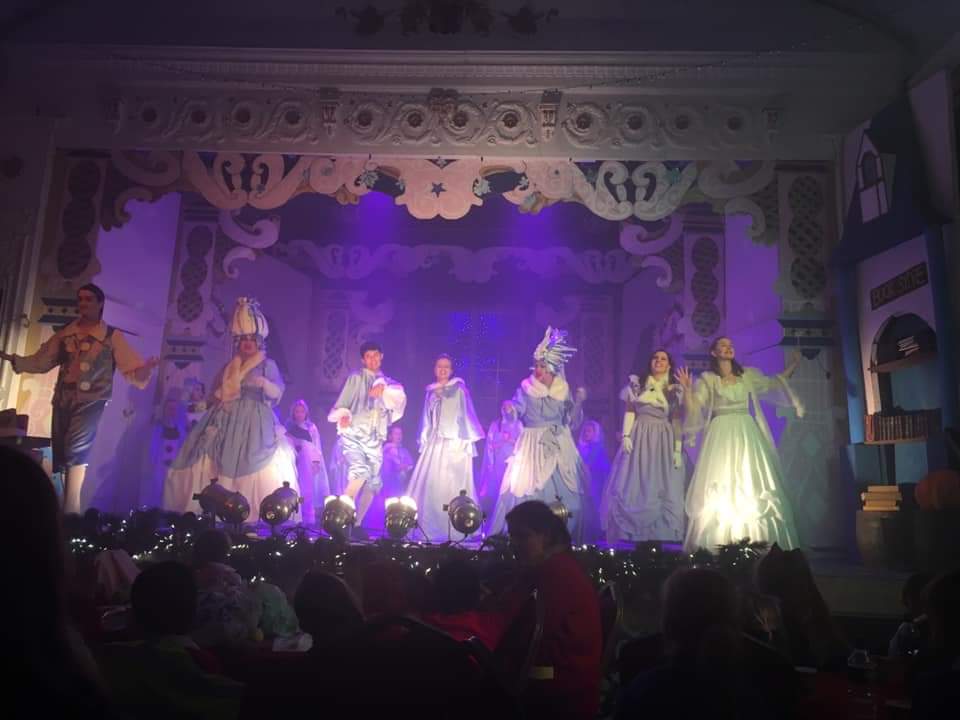 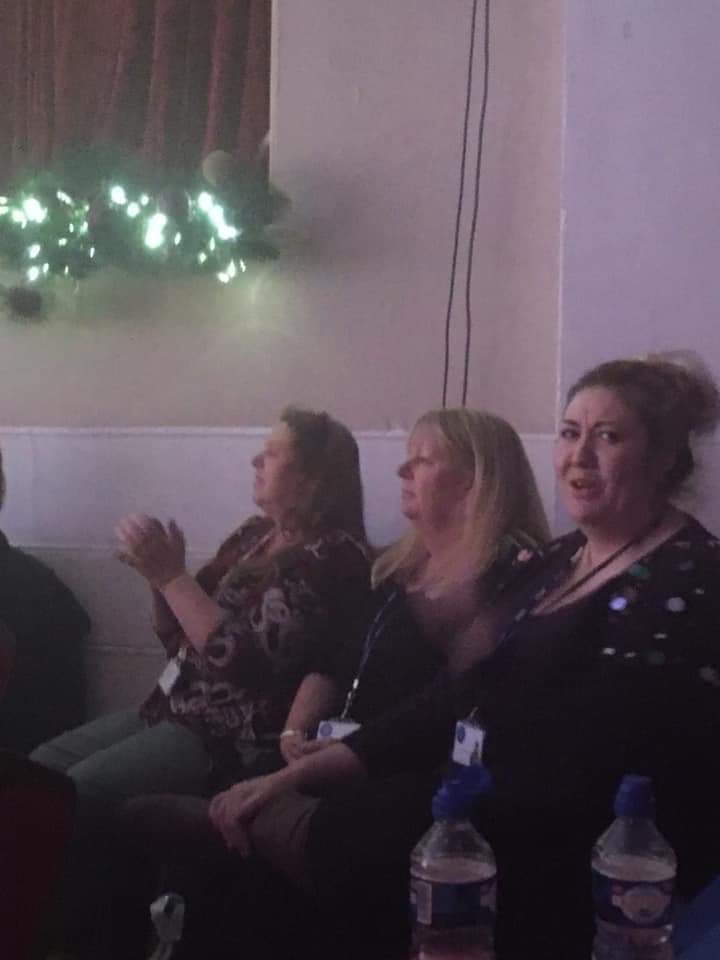 We know from experience that children who receive ELSA support greatly benefit. ELSA support has helped to increase confidence and self-esteem, give children a greater ability to cope with emotions and problems which then leads to academic improvements. Children are better able to concentrate and enjoy school. Having discussed with parents, children and teachers, the types of support that have the greatest impact are social stories, having someone to talk to who is objective and the security of somewhere and someone to go to when things are difficult. Parents have also welcomed the idea of their child being given special time in school for creating artwork and keeping in touch with family members.

Afternoon tea with WO Peter Hale 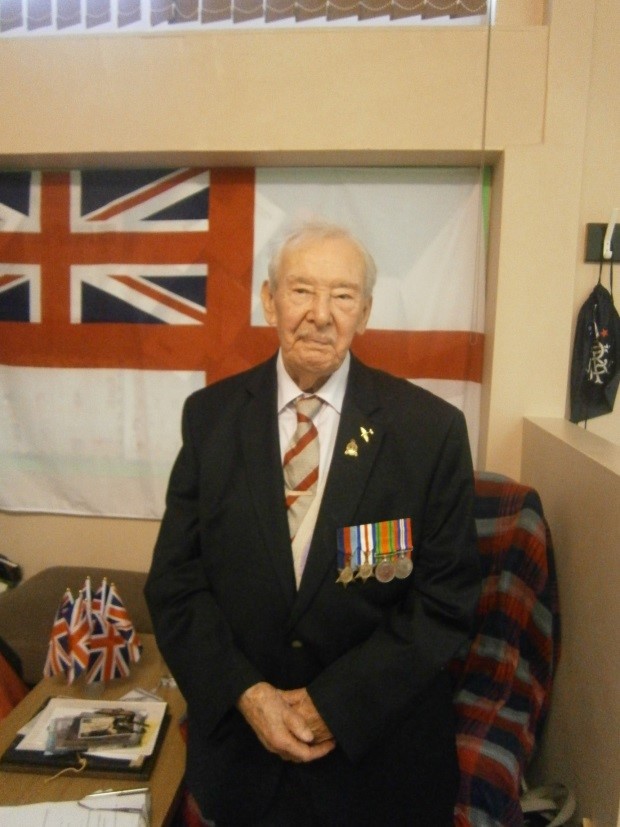 We have had such a fantastic year in our Club Force, we were very privileged to have a very special visitor, WO Peter Hale, who flew Spitfires during WWII.  Peter told us how at the age of just 19 he learnt how to fly in just 10 weeks!  He would single handily fly the plane and have to use the machine guns to hit enemy targets whilst flying in formation!  The children all had the opportunity to ask questions, which Peter answered.  His favourite question came from Oliver which was “Why do you have targets on the plane?”  Peter explained that the circles on the side of the plane were not targets but called ‘Roundel’s’, which were the squadron’s form of recognition.After the children and Peter had chatted we enjoyed afternoon together.  The children were spell bound by Peter and his stories.

Evie Rose, Evie Davies and Sophie Boothby were given the opportunity to visit Winchester University on Friday 28th April to experience university life first hand.  Whilst there they were able to talk to current university students, from a forces background, about their experiences and why they had decided to go to university.

The girls and Mrs Pattinson went on a tour of the university and saw what the student accommodation was like.  When you go to university you are responsible for your own room and have to keep it clean and tidy.  You can choose to eat at the many cafes or cook for yourself. University life is very to different school, you don’t have detention if you don’t do your work but, as it’s your choice to go to university, most people choose to study hard and attend lectures which are like our lessons. The girls had a great opportunity to attend a Creative Writing session with an author called Janet Waite.  She helped them to start writing a story about a girl who was new in school.  She discovered a magic fur cape which gave her the power of a Shapeshifter.  If you want to know more of the stories they wrote please ask the girls to share them with you!

We all had a great time and the girls were a credit to Bedenham Primary School.

Our Club Forces spent the morning painting their own piece of pottery, the children created some amazing pieces, we also created a clock with all of the members of Club Forces finger prints on as a farewell gift for Mrs Pattinson and she loved it!

On 1st February, our Club Force was invited to spend the day at HMS Sultan! please see the links below to see how action packed our day was. 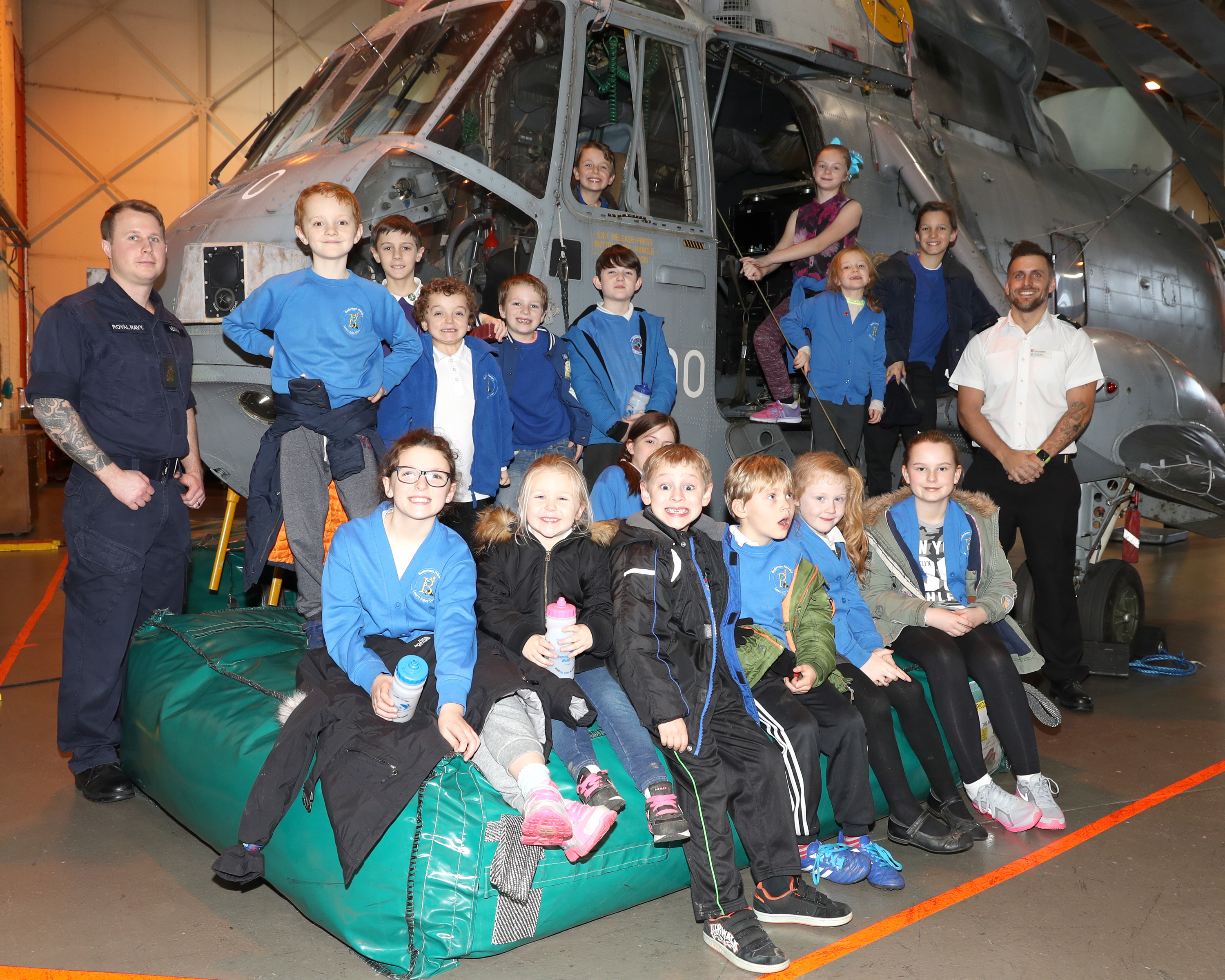 High fives were the order of the day as HMS Sultan hosted a combined visit of excited youngsters from Bedenham and Holbrook Primary Schools, for a look at Royal Navy training.
The group of 18 six to eleven year olds spent a morning enjoying fun and games with the Establishment’s Physical Training Instructors (PTIs), who taught them about the importance of healthy eating and keeping fit.
After a visit to the Warrant Officer and Senior Rates Mess for lunch the children spent the afternoon looking at diesel engines and airframes within the Defence College of Technical Training’s Defence School of Marine Engineering (DSMarE) and the Royal Naval Air Engineering & Survival Equipment School (RNAESS).
The children were all from families with a forces background. Sue Edwards, Home School Link Worker at Bedenham Primary School said: “We have a number of Forces Children and we thought it would be nice for them to see what their mums and dads do, including where they eat and where they train.”
“The response from the children has been really good, they were all so excited this morning and kept asking what time we were leaving, and they’ve absolutely loved the day.”
“A massive thank you goes out to everyone at HMS Sultan for making us feel so welcome.”
Ten year old Alex Reeves said: “I thought we would be learning about the ships, but there’s lots more to look at, like learning about all the different engines and aircraft and helicopters.”
“We did some fitness, like push ups and sit ups and building up strength and rowing and it was quite hard, it really tests how strong you are and your abilities to move and balance.”
“There was a really loud noise when the engines started, I didn’t know how loud they were until I actually heard one.”
“It’s been really fun looking at the helicopters, there’s so much to get in to.”
Visit Liaison Officer, Petty Officer (PO) Kerry Stockton said: “The children seemed to really enjoy the day

On Friday 4th November 2016 members of Club Force visited and conquered Rock-Up in Whiteley!   Rock-Up have brought the outdoors indoors and have 26 different climbing activities including the Leap of Faith – several of our children faced their fears and leapt from the 18ft high platform (and for some this was a huge challenge).

All of the children had tremendous fun whilst attempting the many different climbing walls – Alex was our fastest on the speed climb – scaling the wall in a very quick 19.93 seconds, Charlie ‘ran’ up the Stairway to Heaven and Ruben managed to climb to the top of the Hexagon wall.

It should be said that that the children were a credit to Bedenham Primary School and represented the school in an extremely positive way.

A massive well done to the Club Force Team.  Keep your eyes peeled for our next adventure… 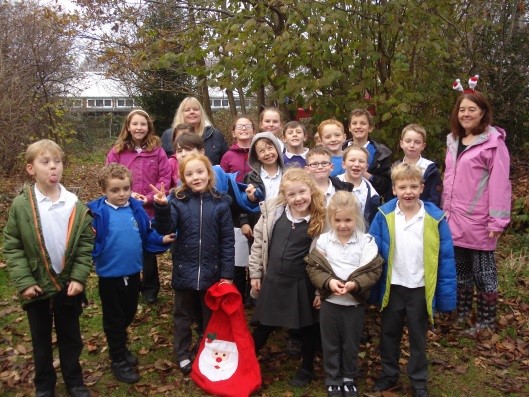 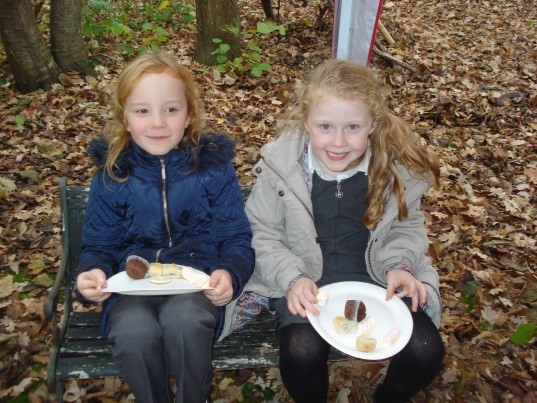 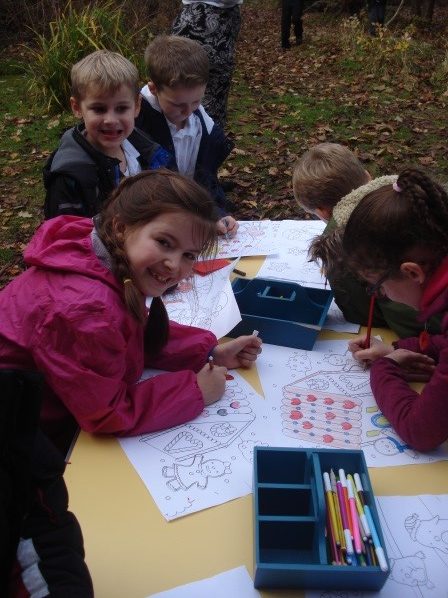 The Club Force children enjoyed a Christmas party in the Wild Area on Friday 9th December 2016.  They took part in a Bauble Hunt, with baubles hidden around the Wild Area. They were also very crafty as they decorated their own baubles, make place mats and strung popcorn on string for the birds or made them into their own jewellery!

After the festive fun we enjoyed some party food together and the children received a small prize for taking part in the bauble hunt.   A great time was had by all.

We have had a very successful few years with our Club Force meetings and activities. As well as meeting with the children on a regular basis for discussions and to talk though any worries, we have also been lucky enough to visit Explosion Museum, the Submarine Museum and were invited to watch the Ceremonial Divisions at HMS Sultan in May last year. The children had a group photo taken at HMS Sultan and this was presented to the school on the 9th July 2015 by PO Davies and WO1 Wearing. We finished this year (2015) with Club Force watching the Pantomime, Rapunzel at HMS Collingwood – we all had a brilliant time and this is going to be an annual Christmas treat for our Forces children.

Another firm favorite is ‘The Assault Course’ (in the school hall) where our Club Force children are able to show off their fantastic teamwork skills! This is revisited periodically throughout the year.

After the festive fun we enjoyed some party food together and the children received a small prize for taking part in the bauble hunt.   A great time was had by all.